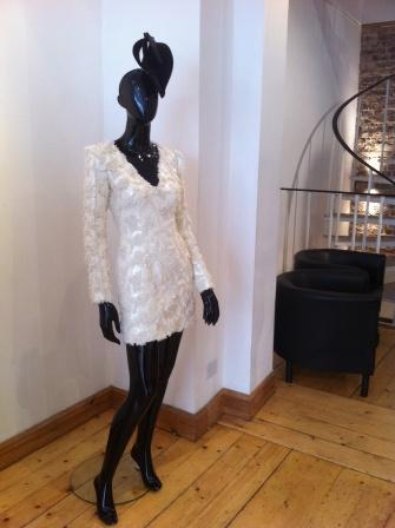 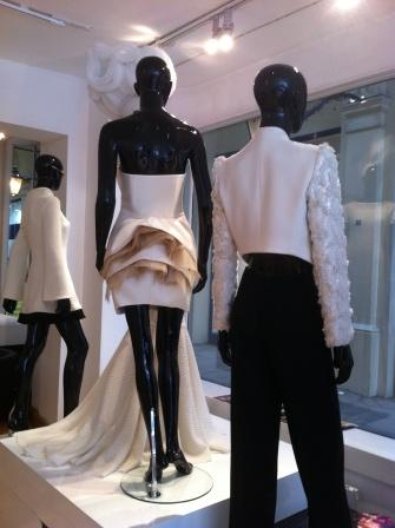 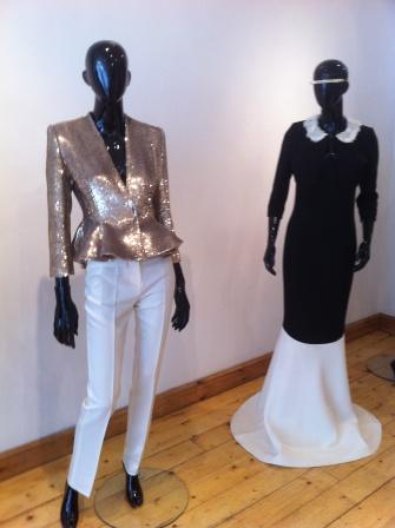 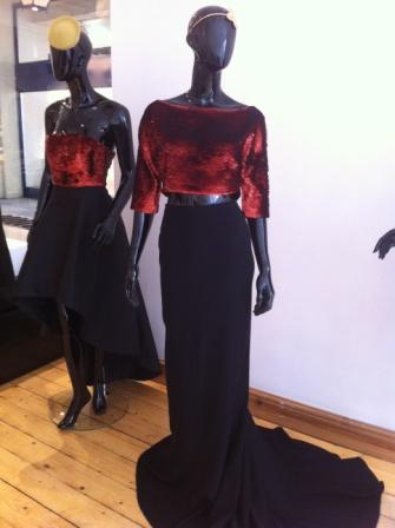 The Polish Culture Institute was clearly thinking quality rather than quantity when they chose to present a single designer in their exhibition, ‘La Mania Winter Tales,’ which forms part of the International Fashion Showcase. La Mania is the brainchild of businesswoman Joanna Przetakiewicz and is still a very young brand, having only been launched in 2010. However, you’d be forgiven for not realising it- Joanna’s designs exude the confidence and glamour of a much more experienced designer. This could well be something to do with her close friendship with fashion heavyweight Karl Lagerfeld, who has been appointed the ‘Godfather of La Mania.’

The exhibition, which is currently taking place in the Royal Opera Arcade, features allows visit to preview La Mania’s Autumn/Winter 2012-13 collection. The collection features several white dresses, which La Mania is renowned for promoting as a stylish alternative to the classic LBD,  livened up with sequin embellishment for winter. For those who prefer something brighter, Joanna has also designed several eye catching, colourful pieces which include cocktail dresses and skirts in a perfectly festive jacquard, as well as dresses and tops adorned with on trend peplums.

La Mania currently has two boutiques; both in Poland, but there are plans to expand into the international market this year. Certainly, if the  femininity and restrained glamour of the designs on show is anything to go by, the brand could certainly help put Poland on the fashion map.