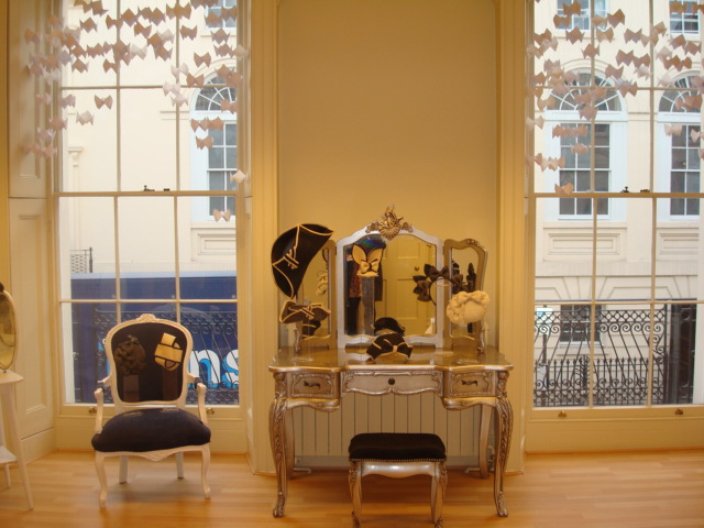 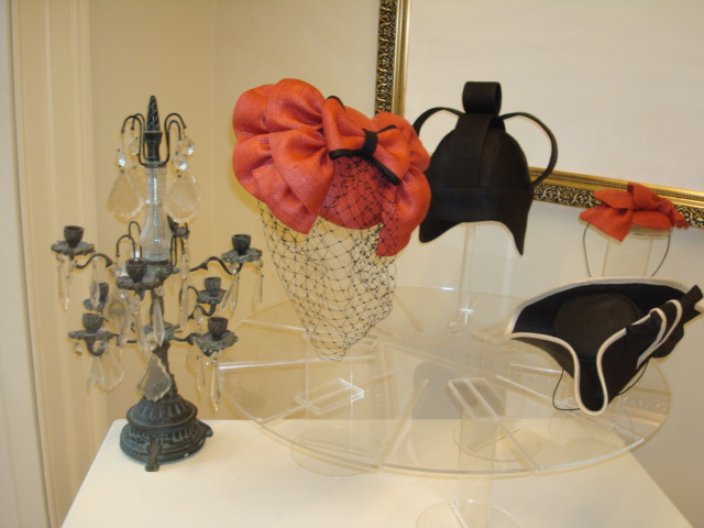 Both Jerome Lorico and Mich Dulce place an emphasis on using their national heritage and local fabrics in their work, however the end result is two drastically different collections. Both Jerome and Mich were selected by the Philippine Embassy in London to represent the country in the Showcase and their work is being shown at the Embassy until 23rd February.  The Lorico AW 12/13 collection on display, ‘Resonance: The Sound of Blood’, is inspired by traditional Royal Philippine tribes and by the rumour that there are people living in the Philippines today who still carry this royal lineage.  Each character of the royal court is symbolised by a look, the warrior’s handmade jumper, which is embellished with silver material to resemble armour, is particularly striking. All the mannequins used for the display were handmade by Jerome using the same red yarn that he has also used to cover the floor of the room, creating a vivid and dramatic effect. Combining traditional design processes with modern convenience, Jerome created the entire collection out of a mix of cotton and pineapple fibre.

The second designer on show, Mich Dulce, also works with traditional Filipino materials to produce her collections of sustainable hats. Her feminine line of hats and headbands, which take their inspiration from Marie Antoinette this season, are made mostly from banana fibre, according to traditional Filipino techniques. Mich is committed to helping small cottage industries in the Philippines survive and she is keen to encourage her fellow countrymen and women to take up millinery due to the fact that ‘the Philippines already exports a significant amount of hat making material, but we also need to work as milliners in our own right.’ As well as developing her own line, Mich is committed promoting the fashion industry in the Philippines and works in tandem with a poverty alleviation group teaching millinery skills, in the hope of encouraging others to follow her into the trade. Her strong beliefs and contemporary, design driven hats have already won her various accolades and, along with Jerome and his Lorico label, she is fast becoming one of the nation’s rising stars.