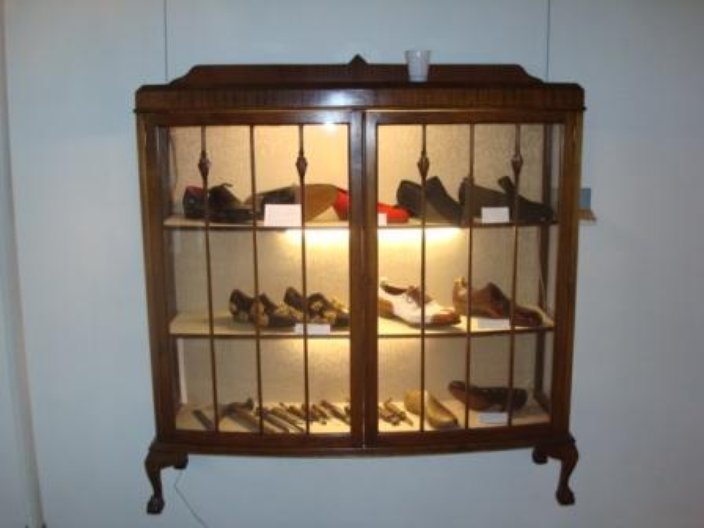 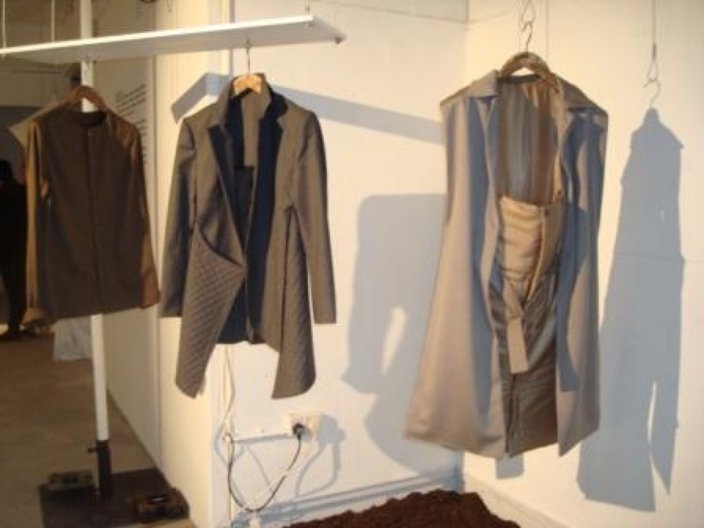 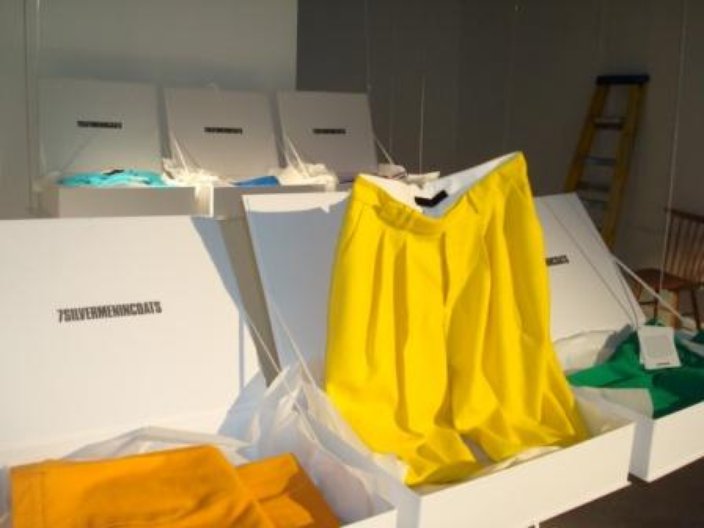 Footwear designer Kaspar Paas is the winner of SASI- the Estonian Young Designer Award and learnt his craft at British shoemaker John Lobb. After several years with John Lobb, Kaspar has branched out on his own and a selection of his designs can be seen in an antique cabinet hanging from the wall. The designs combine classic manufacturing techniques with a more contemporary, uninhibited aesthetic which includes heavy embroidery and embellishment. Having organised a shoemaking workshop as part of the showcase, Kasper is also planning to launch regular workshops for aspiring shoemakers in London.

Menswear designer Magnus Lõppe studied fashion design at TEKO in Denmark, later enrolling on the MA Menswear course at the Royal Academy in London. The exhibition showcases his third collection which is entitled the ‘project of forgetting’ and features sharply tailored pieces in neutral tones. Each design is hung from the ceiling of the gallery allowing visitors to examine each piece in detail.

The third designer featured is Marit Ilison. Marit presents her 7SMIC- Seven Silver Men In Coats- series as part of the exhibition. 7SMIC aims to approach the clothing on display as pieces of art, embracing the craftsmanship that lies behind the designs. Marit’s 7SMIC items are displayed in boxes and wrapped in tissue paper and the emphasis is on slow enjoyment of the garments. Visitors are welcome to lift up each of the brightly coloured pieces and admire them detail by detail.

The exhibition was curated by Merilyn Keskula whose future projects include ÖÖ What is a Dream for Helsinki, World Design Capital 2012.

ÖÖ: London Edition is taking place from 16-22 February at 94 Berwick Street, Soho, W1F 0QF. It is organised by Keskula network in collaboration with the Embassy of Estonia.