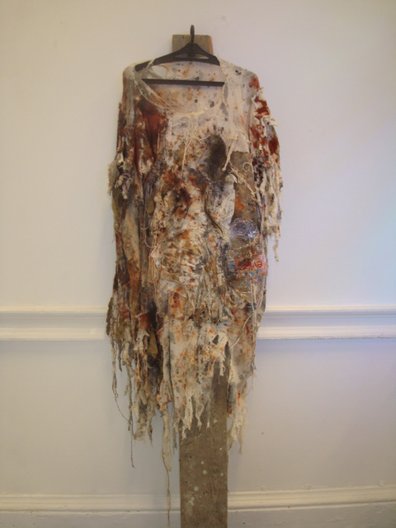 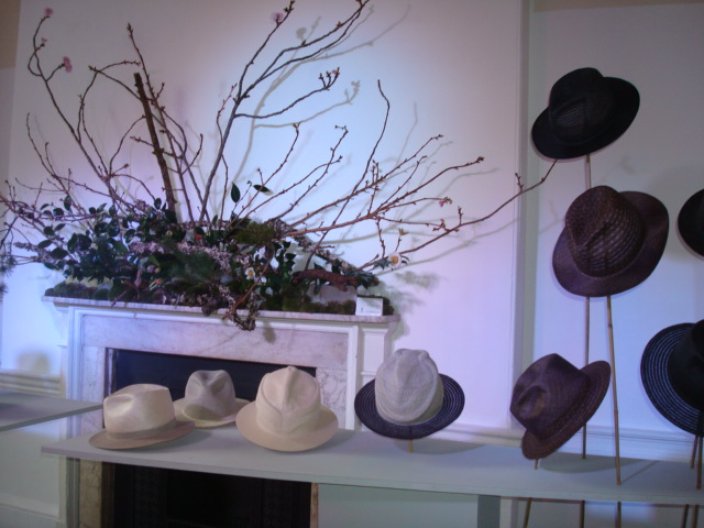 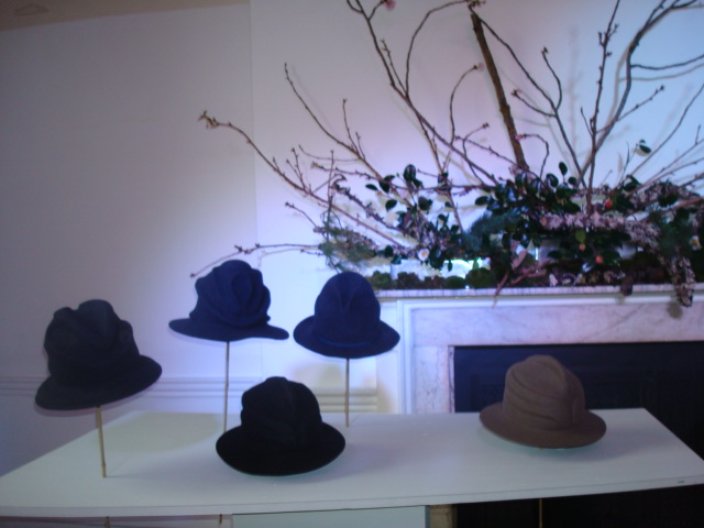 Located to the left of the main entrance to Somerset House, the Japanese showcase could not have been in a better position for attracting fashion week goers. In this intimate setting, the Embassy of Japan chose to present two of its best young designers- Kaji Masahito and Kawanishi Ryohei. Kaji Masahito is a milliner and creates his collection of men’s hats under the name Kabuto. Loosely based on classic hat shapes, such as the trilby and fedora, Kabuto designs are in fact inspired by images of Samurai armour.  Kaji hopes that his expertly crafted hats, which pay homage to a romanticised picture of Japan, will lead men’s headwear into a new dimension while also promoting men’s hats as an important addition the fashion marketplace.

Showing alongside Kaji is Kawanishi Ryohei, a graduate of Central Saint Martins. Kawanishi has produced a collection especially for the Showcase which takes the idea of impermanence or, what is known in Japan as ‘mujo’ as it’s starting point. The collection is a thought provoking response to the position of human beings in the natural cycle of life and our close proximity to the earth while simultaneously asking valid questions about our obsession with newness and commodity. Kawanashi has also lead several workshops in schools across London which have encourage children to create art out of left over materials. The pieces made during these workshops will be shown in London before being flown to Japan where Kawanishi plans to extend the project further.

The Japanese International Fashion Showcase is taking place from 17-22 February at Somerset House, Strand, WC2R 1LA and is organised by the Embassy of Japan.