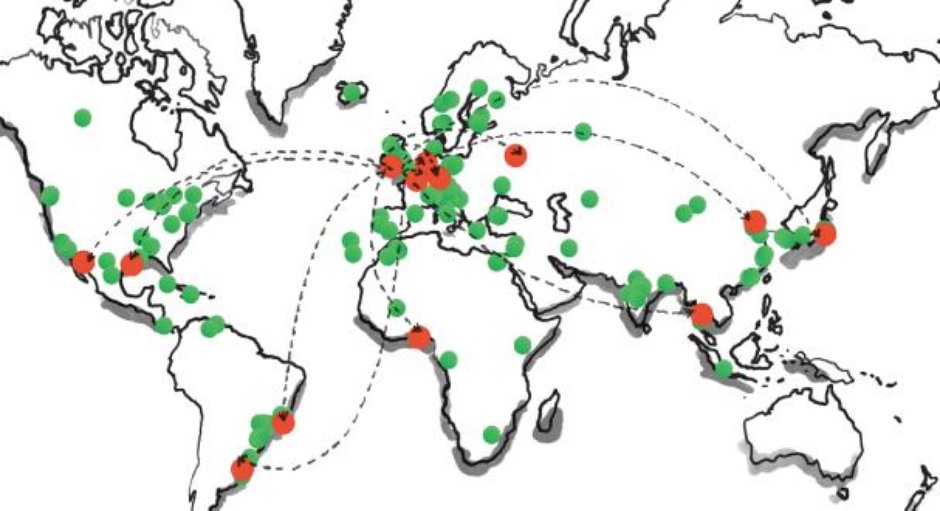 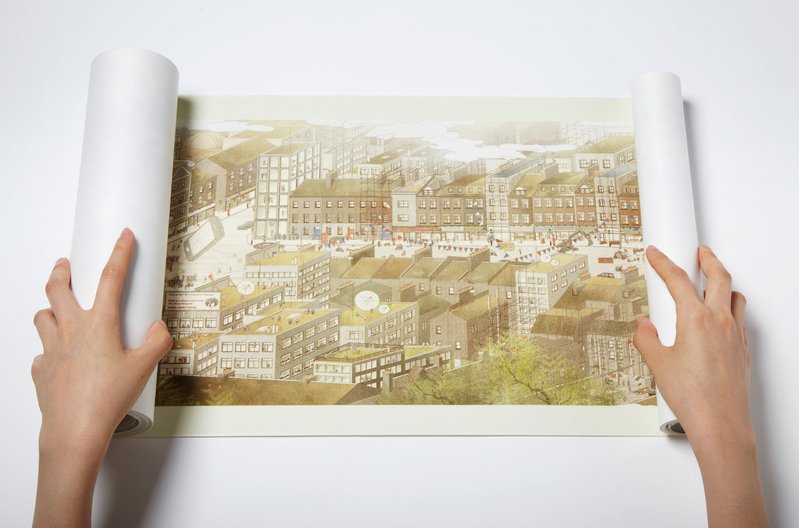 Darryl Chen - ‘Along the High Street in the Working Village’ Scroll 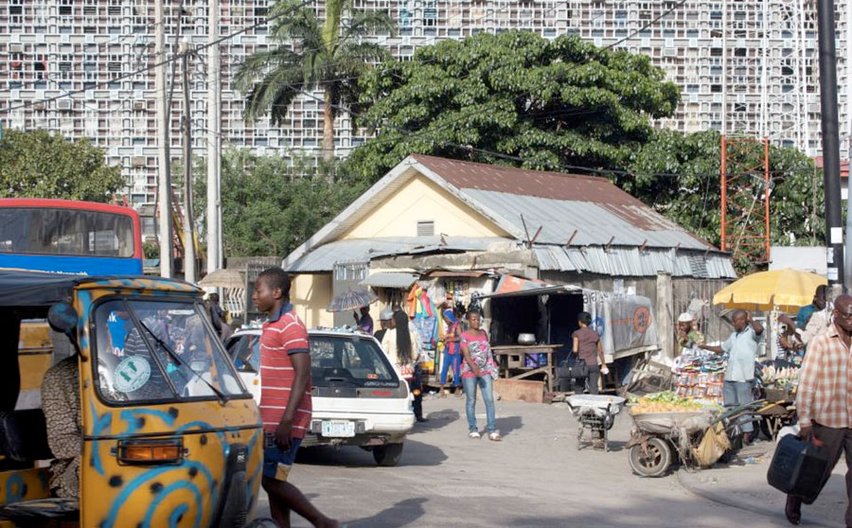 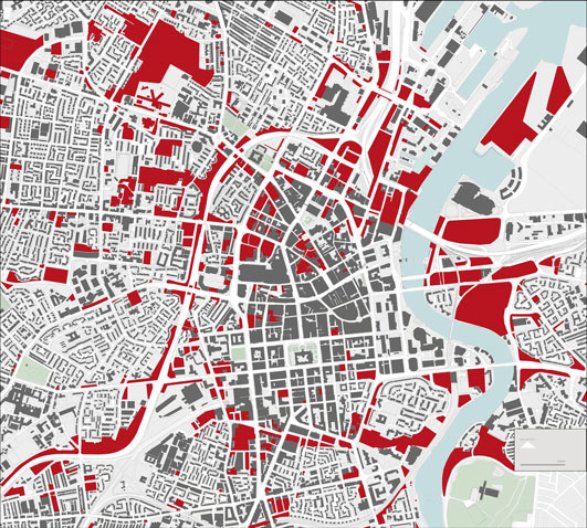 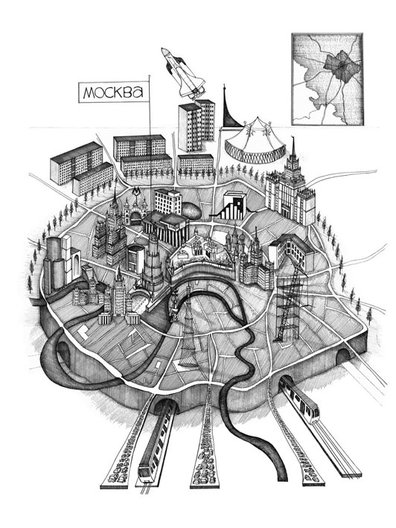 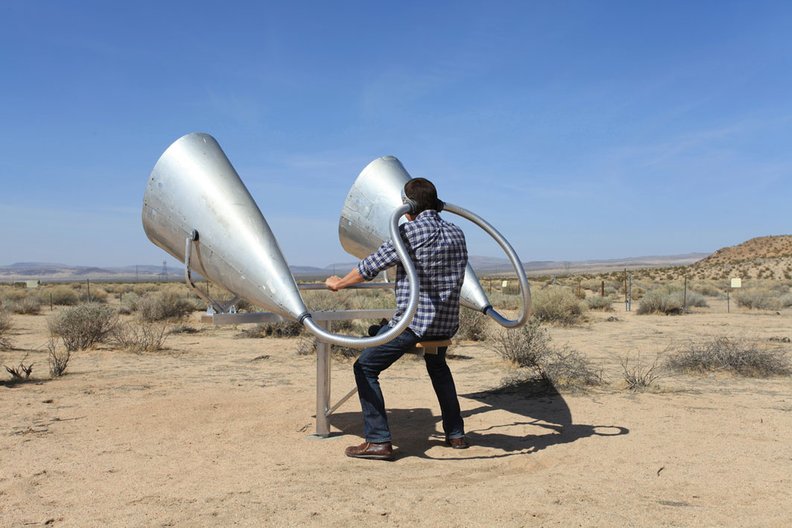 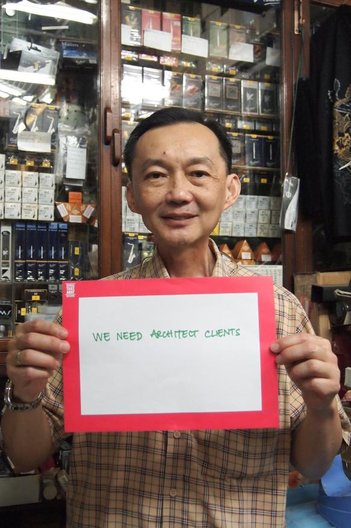 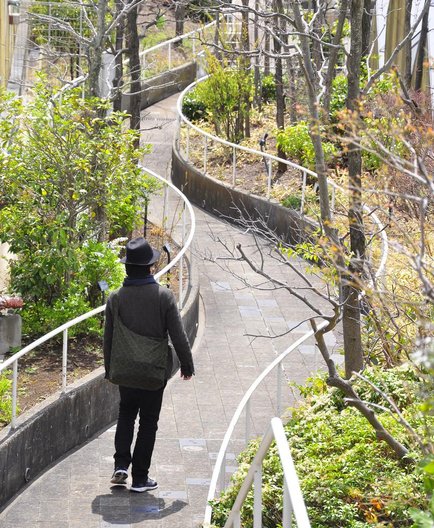 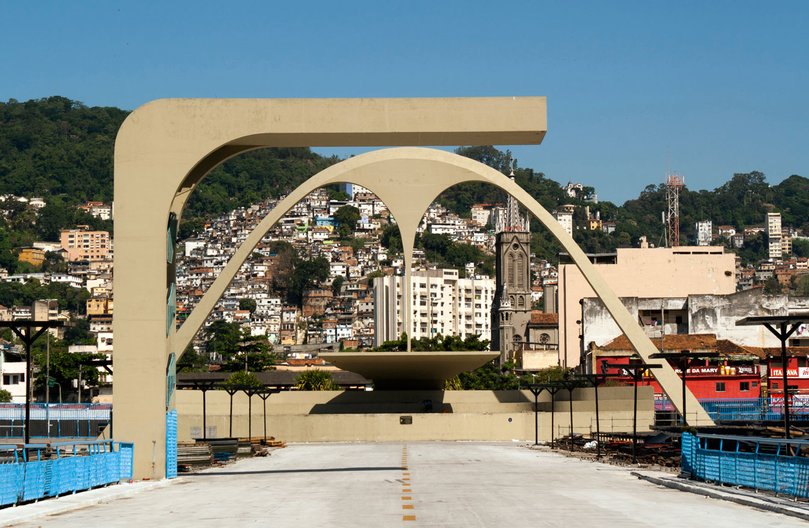 Venice Takeaway, curated by the British Council's Art, Design and Fashion director Vicky Richardson,  and Vanessa Norwood, Head of Exhibitions at the Architectural Association, aims not simply to showcase talent from the UK, but to provoke a debate about the path that British architecture has taken during a time of flux. The exhibition reflects the theme of  ‘Common Ground’ devised by David Chipperfield,  director of the Architecture Biennale 2012.  It demonstrates the potential of sharing ideas across borders and finding new ways to respond to the challenges of the relationships, policies and structures that surround architecture.

Focusing on a group of exciting architectural talents, selected in open competition across the UK, the British Pavilion is infused with fresh ideas, taking direct inspiration from research in ten countries across the world: Argentina, Brazil, China, Germany, Japan, Netherlands, Nigeria, Russia, Thailand and the USA.


aberrant architecture, who travelled to Rio de Janeiro to investigate CIEPs, a radical education programme and a series of prefabricated primary schools designed by Oscar Niemeyer.

Ross Anderson and Anna Gibb, who went to Moscow to investigate the ‘Paper Architects’, a loose collective formed in the 1980s in response to state restrictions on their ability to build.


Darryl Chen, who looked at parallels between the UK and China via a study of a pocket of informality, Caochangdi, a village on Beijing’s Fifth Road.


dRMM who studied IJburg, a floating community that has thrived under an advanced culture of planning, procurement and design, to the east of Amsterdam in the Netherlands.

public works, Urban Projects Bureau and Owen Pritchard who formed a team to develop an ongoing discussion on the role and image of the architect through a new open charter.

Elias Redstone who investigated Fideicomiso in Argentina, a legal trust which enables architects to fund their own projects.


Liam Ross and Tolulope Onabolu, who travelled to Lagos to embark on a comparative study of risk and regulation and their impact on design.

Smout Allen and BLDGBLOG, whose research focused on the Center for Land Use Interpretation in Los Angeles, an institution dedicated to the diffusion of knowledge about land use.

Takero Shimazaki /Toh Shimazaki Architecture whose investigation focuses on the work of Itsuko Hasegawa in several locations around Japan, and explores the way her architecture combines a belief in people with abstraction.

The exhibition is staged in a specially designed installation created by graphic and 3D designers, Born Design. To accompany the exhibition there will be a series of online publications, with information and images available at Venice Takeaway.

The catalogue Venice Takeaway: Ideas to Change British Architecture brings together the research of ten architectural teams exhibiting in the British Pavilion, presenting images and essays by the participants who travelled the world to seek imaginative responses to universal issues and explore the common ground of architecture. In addition, the book features texts by Patrik Schumacher, the show’s curators Vanessa Norwood and Vicky Richardson and a foreword by Brett Steele. Published by the Architectural Association, it is available to buy online.

Following its run in Venice, the exhibition will go on show in London at the RIBA 25 February – 27 April 2013. This will be the first time that the exhibition in the British Pavilion at the Architecture Biennale has transferred to London.