AV Festival 12: As Slow As Possible 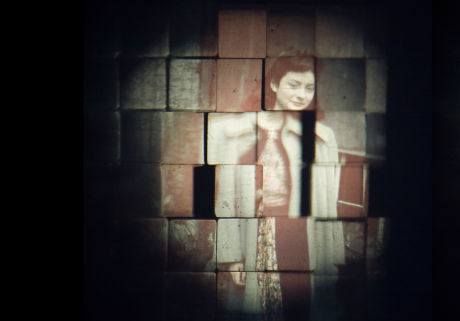 AV Festival 12: As Slow As Possible

The biennial AV Festival was established in 2006 and each year showcases a diverse range of new and familiar figures exploring themes around time, society and science. This year the festival focus was on an “alternative slower pace and relaxed rhythm to counter the accelerated speed of today”, geographically broadcast in Newcastle, Gateshead, Middlesborough and Sunderland. Inspired by ASLSP (As SLow aS Possible) by John Cage, with artists manipulating and marking the passage of time in a variety of media, projects encountered involved walking, listening, watching and seeing. With some works being installed for the full 31 days to others spontaneously present, together they combined psycho-geographies, mingling and maintaining new rhythms of thinking to the North East in the spring of 2012.

As a speaker at Duration, the international interdisciplinary conference exploring temporality in contemporary art practice held in the Culture Lab at Newcastle University, I managed to catch some time in the last days of the festival to experience the momentum and interest in some of the longer projects. In particular at the screening room in the Great North Museum, where a fictional narrative imagined by artist Agnes Meyer-Brandis mesmerized children and adults alike as she told the tale titled Moon Goose Analogue: Lunar Migration Bird Facility. From birth to flight, to artifacts and a Moon analogue habitat, the audience witnesses the world of moon-geese and a re-telling of The Man in the Moone written by the English bishop Francis Goodwin in 1603. Nearby in the Hatton Gallery, past the art school supply shop and between the only surviving example of Kurt Schwitters' Merzbau constructions, the Merzbarn, the work of Julien Maire could be found. With striking sensitivity to time and motion, in this his first UK solo show (on until May 19th 2012), a number of cinematic machines project and reflect illusion, memory and the passing of time. Astonishing in their craft and intricacy, a scrutiny underlining the patience and detail of his human like mechanisms. Then on through the eclectic collections of the Laing Art Gallery to a darkened room to quietly sit and listen to a mechanical piano and tuned projections of Torsten Lauschmann, sometimes considered to slow to be film and too fast to be photography, came as a respite to the weekend pace of Saturday shoppers.

Similar to other city festivals, the AV festival has taken the opportunity to utlise unexpected empty or in-between project spaces, with a positively and hopeful longer-term view. Such as the The NewBridge project showing Jem Finer’s Slowplayer, where this visitor happily listened to the glacial crawl of vinyl, playing The Sound of Music to the projections of Benedict Drew at the Stevenson Works courtesy of CIRCA Site, Sneha Solanki and Marina Zurkow at Vane and Jonathan Schipper’s slow motion car crash in an old shop in Saville Row. Alongside these rougher spaces, site-specific works have scattered across the region with walks and screenings taking place throughout the festival period. Finding a world premier sound installation under the architect, George Kenyon’s 1967 concrete dome of Newcastle Civic Hall, to listen to the condensing drones of Susan Stenger’s The Structures of Everyday Life: Full Circle to Hamish Fulton’s mass participatory Slowwalk on a post-industrial site, Spillers Wharf Car Park near the River Tyne and Flow by Owl Project and Ed Carter, a specially commissioned tidemill on the River Tyne generating power, music and data for everyone to enjoy.

The full list of events from this year can be found on the AV Festival website. It is unfortunate this reviewer couldn’t get to the venues further afield as ironically I ran out of time, but in the spectrum of the event; a wistful, maybe next time comes to mind.