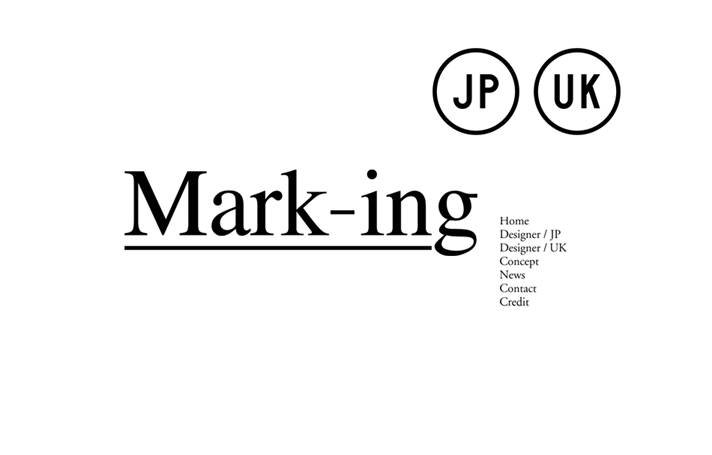 The Mark-ing exhibition has just opened in Tokyo with 16 designers from Japan and Britain exhibiting current work alongside an object or image which embodies their key influences.

While geographically distant, the exhibition identifies the shared ground between the designers from both countries through the similarity of influence and inspiration, offering dialogue on design cultures and ideas.

The exhibition is part of DesignTide Tokyo 2011 and we’re expecting thousands of visitors in the coming 5 days.  The press preview has just taken place and the exhibition is open to the public from tomorrow (29 Oct).

The exhibition has been co-curated by Tsuyoshi Matsuzawa of E&Y along with Max Fraser and includes the work of Moritz Waldemeyer, Geoffrey Mann, Helen Amy Murray and Max Lamb among others. Max, Benjamin Hubert and Hannah Martin (also featured in the show) are currently in Tokyo to launch the exhibition and participate in a series of events.

The British Council is organising a talk called Design Your Future where UK designers (Benjamin Hubert and Hannah Martin alongside Vahakn Matossian whose Fruit City project is also currently being exhibited at Design Tide) discuss their formative experiences at universities. The talk will take place on Monday 31 October and will be broadcast live online at Ustream. The talk starts at 18:30 JPN time (10:30am UK time on 31 Oct) and you can log on to watch the talks online.

We’ll update more on the exhibition in the next few days.