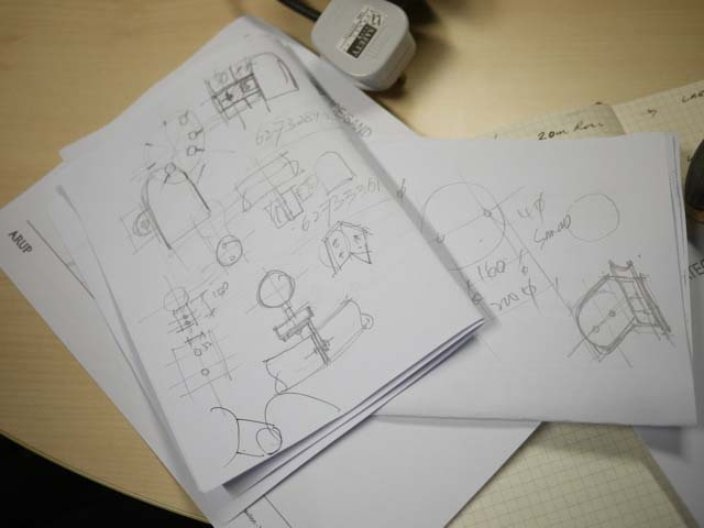 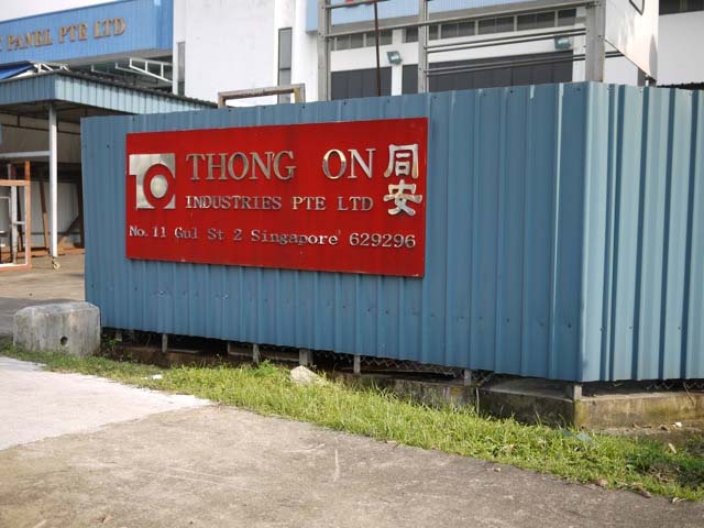 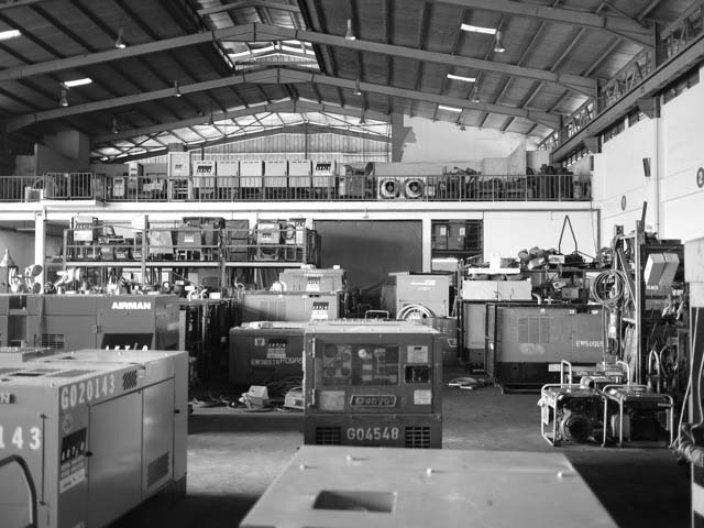 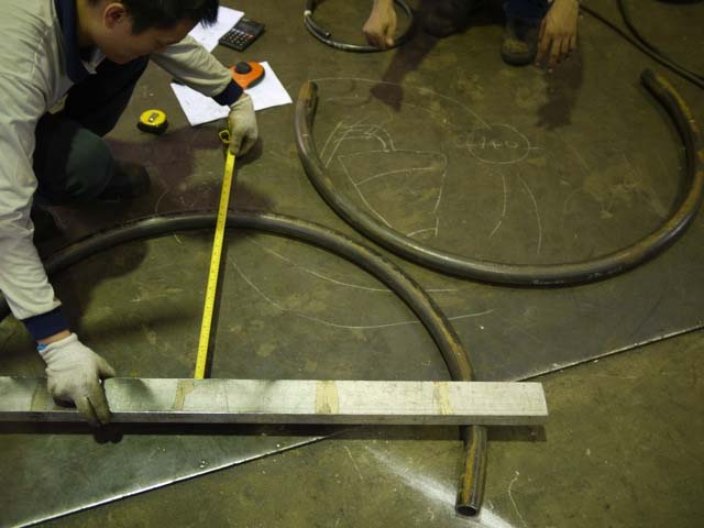 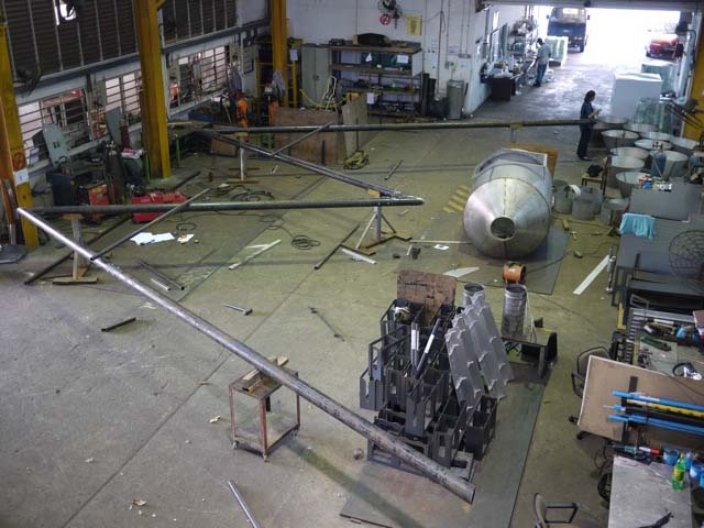 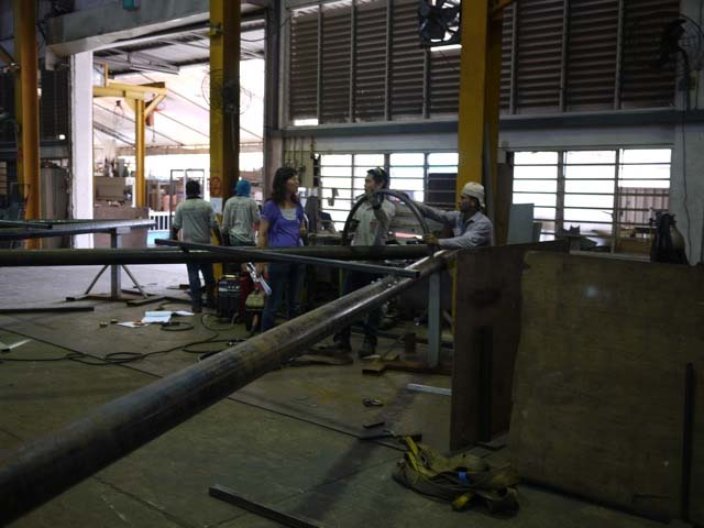 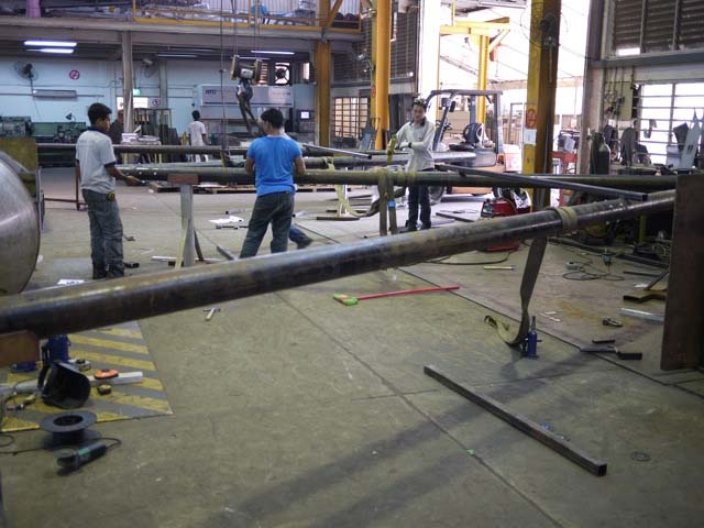 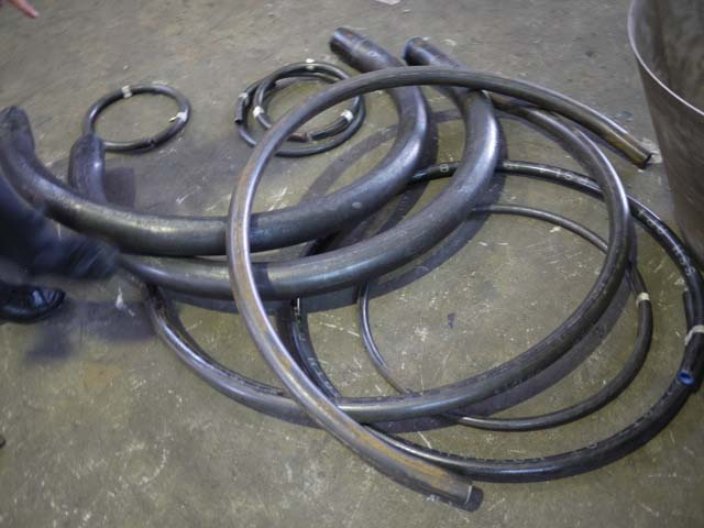 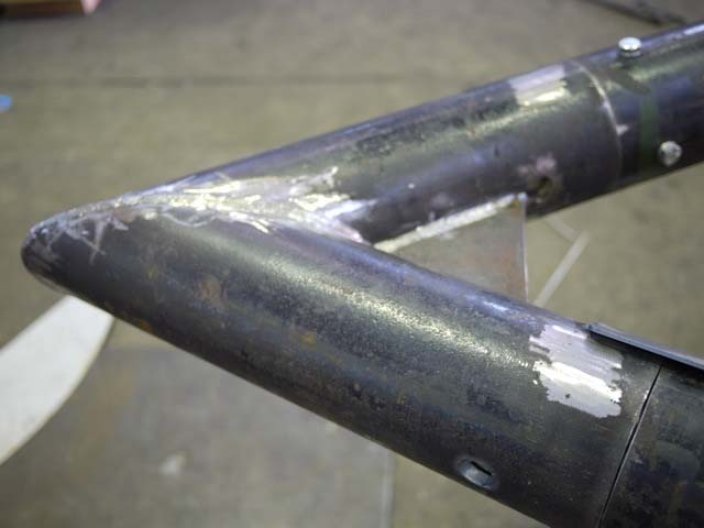 One of the best bits of my job is seeing a project being fabricated after months of talking about it. These photos, taken by Del Bond, show the Future Memory Pavilion under construction at the marvellously titled Thong On Fabrications in Singapore. The pavilion has been designed by Pernilla Ohrstedt and Asif Khan, two of the rising stars of British architecture, and will open outside the National Museum of Singapore on 17 October.

You can just begin to see the pavilion's characteristic double cone profile in the steel structure. Steel is one of the few conventional building materials being used. Ohrstedt and Khan's audacious design mainly uses ice, sand and rope!

Del Bond, a skilled fabricator who has worked on many of their projects, has flown to Singapore to oversee works on site.

The project is part of a larger programme called Future Memory, a term that was invented by the architecture team at the Royal Academy of Arts (London) to frame a discussion about the dynamics of change in the built environment. We've been working closely with them on the pavilion, alongside the Singapore based organisation, the Preservation of Monuments Board.