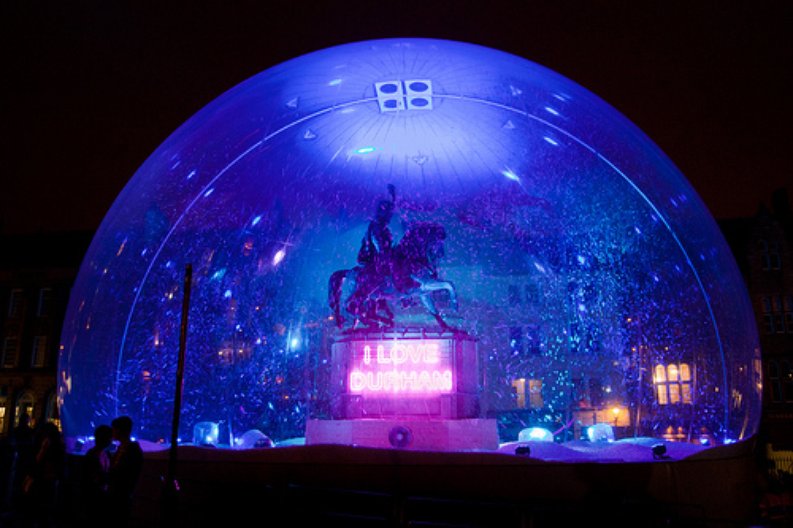 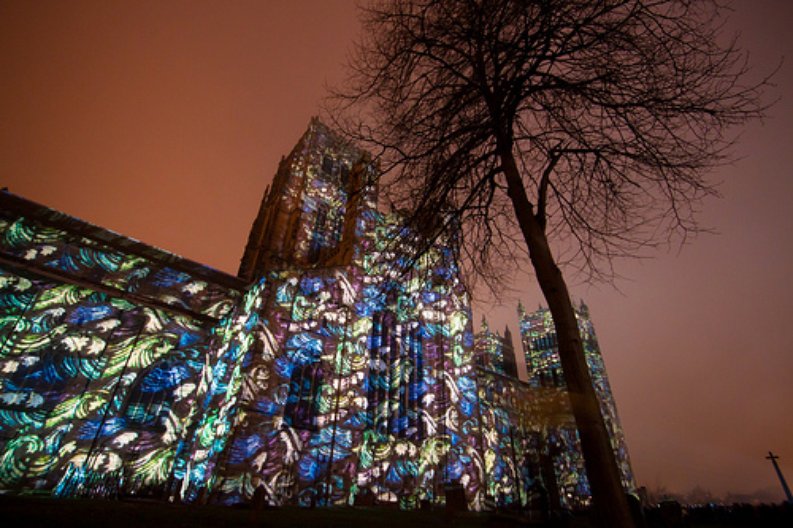 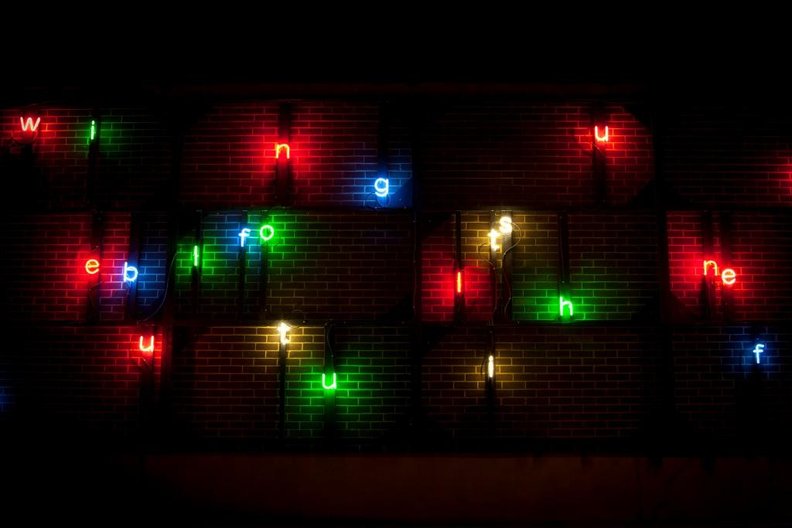 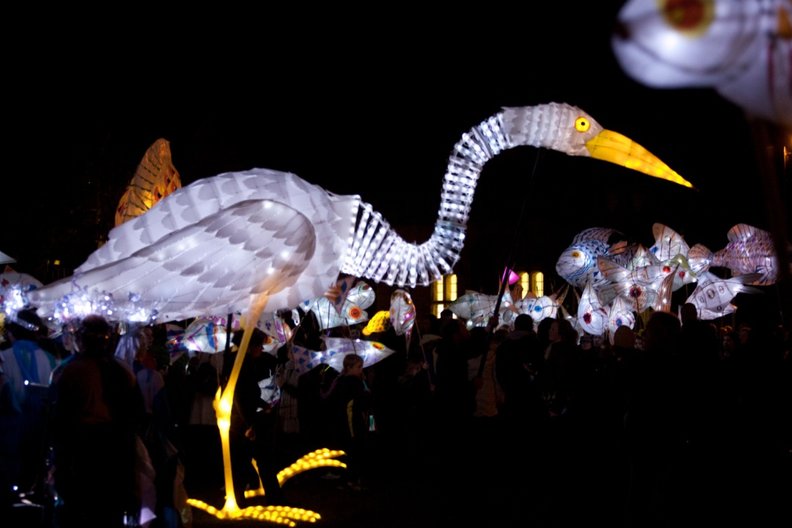 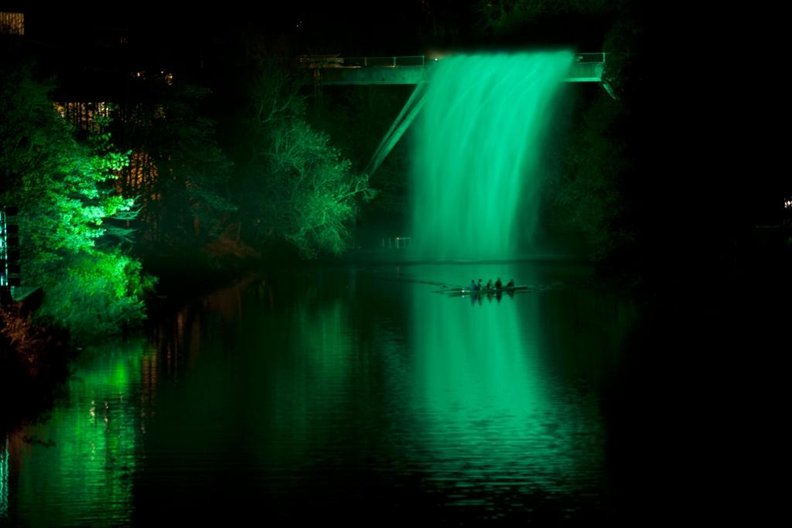 This year the Lumiere light festival in Durham was opened by a procession of 200 local school children, accompanied by giant illuminated birds, fishes and live 'carnival style' music. The children glided past thousands of visitors who had come together for a unique celebration - the art of light.

Enthusiasm and anticipation filled the air as darkness fell across the city centre ready for the festival to begin. The ‘River of Light’ (a handmade lantern parade) marched by the crowds and was a showcase for intricate crafts created by local school children under the guidance of The Liverpool Lantern Company.

Creative company Artichoke produced Lumiere 2011 which brought together more than 30 British and international artists all working with light in weird and wonderful ways to invade the public domain. From dramatic installations such as Peter Lewis's 'Splash' (a multicoloured, illuminated waterfall), vast animated projections such as the 'Crown of Light' at Durham's famous Cathedral to quieter, more subtle interventions on buildings, streets and bridges. The artworks at Lumiere successfully reinvented a familiar medieval city into a delightful nocturnal trail that brought the joy of art to the people.

There were four main large installations at Lumiere and one of these comprised a vast illuminated curtain of water that fell continuously from the Kingsgate Footbridge. Welsh-born Canadian visionary artist Peter Lewis was commissioned to create 'Splash', together with Water Sculptures (Morecombe-based engineering firm).

I met with Peter Lewis to discuss his work and the way in which he approaches a project such as 'Splash'. Standing (and shivering) on the Elvett Bridge looking onto the Kingsgate Footbridge, Peter explained how his creations seek to evoke a sense of wonder in people which will become a spectacular memory for years to come. The concept behind his art work is born out of the belief that everything in life is impermanent, people are so busy worrying about all sorts of things that they miss life actually happening. Peter was a real inspiration to meet and his positive attitude to life was infectious. Even though the wind caused an interesting adaptation to Peter’s installation, it was truly wonderful to experience. The artists and creators involved in Lumiere all share the belief that art can have a powerful impact on society, whoever the audience is.

Another highlight for me was the large snowdome in the style of a traditional souvenir, which completely encased a historic statue at the centre of Market Square. French artist-architect Jacques Rival delivered a playful and irreverent vision by gently poking fun at the historically ambiguous figure through his piece entitled 'I Love Durham'.

One of the best aspects of the Lumiere event was the electric atmosphere created by the magnificent installations. Around every corner there was a delightful surprise in store which made people of all ages and backgrounds smile and laugh together. Walter Holt brought his own brand of magic to Durham's Riverbanks with 'The Wonderwood' and enchanted forest brought to life by light.

A smaller, yet just as brilliant jewel in the illuminated spectacle was ‘Fusion’, by local builder Mick Stephenson. This creation was made using 45,000 difference recycled objects, including 4000 plastic bottles. The effect was fascinating and the changing coloured lights attracted crowds who couldn’t take their eyes off the prominent corner installation.

The overall effect of the Lumiere festival was magical and Artichoke successfully delivered yet another project in line with their mission - to bring extraordinary creative events to people through the invasion of public spaces.