Estethica and the Sustainable Fashion Boom 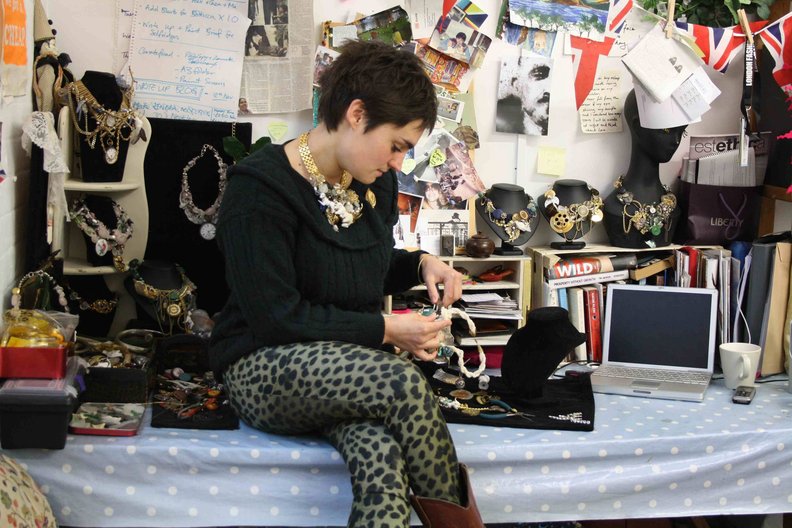 Last Saturday I braved the scrum of lipstick-laden, stiletto-mounted ladies wearing anything vaguely impractical for the inevitable pouring rain, to go to the brunch at Estethica at London Fashion Week. Having made it past the heavy security desperately trying to get the impatient hoards to queue in single file, the atmosphere inside was actually fairly laid-back and the designers themselves very humble and keen to talk about their work.

Estethica has now been running for 10 seasons and in that time has grown from a few stands, little acknowledged in the fashion world, to multiple rooms spanning fair-trade to organic to ethical and sustainable fashion. It forms the sustainable and ethical element of London Fashion Week, the UK’s largest and most prestigious fashion trade event. London Fashion Week takes place at Somerset House biannually in February and September and is a closed event to the public, hosting a series of catwalk shows and a static exhibition for buyers and journalists. We are lucky enough to gain access to the event after collaborating with the organisers, the British Fashion Council, on projects such as our Young Fashion Entrepreneur programme.

Orsola de Castro and Filippo Ricci, the curators of Estethica (along with Anna Orsini from the British Fashion Council), showed a glamorous cut-away collection under their label From Somewhere. A highlight was Clemmie James’ jewellery label Little Glass Clementine. Clemmie has been picked by Selfridges as one of their 25 Bright Young Things. Her necklaces are made from an array of ethically sourced precious stones, beach pebbles and old jewellery, trinkets and bits and bobs that make up the detritus of everyday life. Henrietta Ludgate, who was recently involved in the British Council’s Festival Innovarte in Madrid, received a lot of attention with one of her sculpted coats featuring on the front cover of the Estethica magazine.

Within the British Council we have received lots of interest from our overseas colleagues in developing sustainable and ethical fashion projects so we hope to be able to draw on the wealth of designers specialising in this area in the UK. One upcoming opportunity we would like to highlight is the Fashioning the Future awards, run by the Centre of Sustainable Fashion at London College of Fashion. The awards invite cross-disciplinary responses to this year’s theme of celebrating ‘Unique’ ways to inform the future of fashion and are open to students and graduates from across the world.