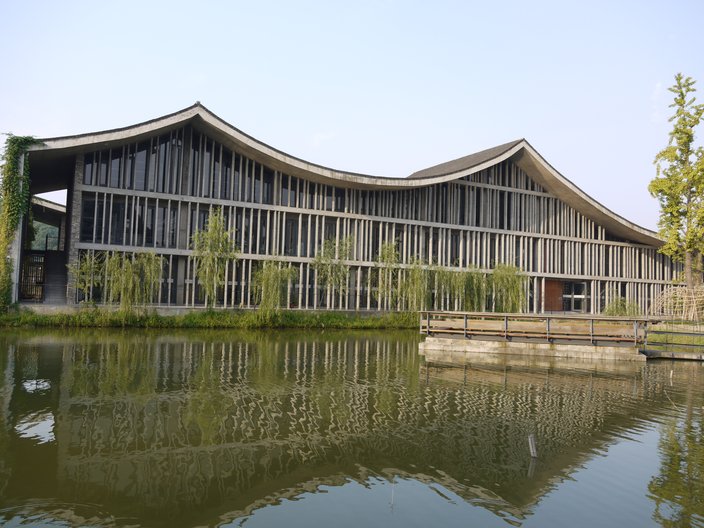 Kate Goodwin reports from a ten-day study tour for design curators to China from 10-20 October 2010 to Beijing, Shanghai, Hangzhou and Shenzhen. The trip was part of the China-UK: Connections through Culture programme.

Our ten-day trip to China was one of those unique experiences that trigger ideas, responses and assessments, many of which I think will take a long time to digest and make sense of. There seemed no simple or direct answer to anything, and interpretation was never as plain as it may have seemed. It was a case of often observing and reading between the lines and finding it just as interesting to note what wasn’t said or asked, as what was. One message that came across loud and clear however was the desire to be seen as a country which could create– to gain recognition for “Made by China”, not just “Made in China”. As has been proven time and again, when China puts its mind to it, determination and investment is employed and anything is possible. But they will need to nurture and harness creativity in a cultural landscape that has over the past 50 years been closed, instructive and process driven. As with my last trip to China I was left with questions, some as basic as ‘what does “design” mean in China’? At times the term seemed like a catchphrase; an after thought, tacked on to anything.

I went with a specific interest in the building of new museums and the relationship between audience, programme and architecture. As the Shanghai International Expo proved, there is a huge, as yet untapped audience for ‘cultural’ enterprise. Will they convert to a gallery or museum environment and how may this translate to develop a new or different museum experience? This may open up some really interesting opportunities and challenges that architecture could play a role in addressing and may result in quite different sorts of buildings. In this context, it is worth looking at Isozaki’s Himalayan Art Centre in Shanghai.

I was sceptical about a lot of the architecture I saw. I think it fair to say that it is widely recognised that a good client is paramount to a successful building, (as is celebrated in the UK with prizes like the Client of the Year Award, announced alongside the Stirling). In China however new buildings - museums, galleries and civic developments - often seem to lack a programmatic brief, vision or purpose. With an absence of idea about end user, purpose or function it seems that many of the architecturally experimental buildings may in the near future be deemed as failures, with purpose and assessments ascribed after the fact.

Construction techniques and execution still seem to leave much to be desired. I was taken to a kindergarten by Deshaus, in Qingpu, a Shanghai new-town. In plan, articulation and design it was extremely intelligent but was let down by its construction, as only a year after opening it looks tired and weather damaged. From my somewhat cursory understanding, I have had difficulty establishing who is to blame: architect, client or system, but have come to the conclusion that it is, to some extent, all of the above.

That being said there was cause for optimism and excitement. Architectural debate and journalism (although not yet particularly critical) is gaining momentum. We also saw some interesting new architecture. For example, both the OCT buildings (Contemporary Art Terminal and the Art and Design Gallery) in Shenzhen by Urbanis, and the China Academy of Art, Hangzhou by Wang Shu/ Amateur architects were truly exceptional, as was the work of Deshaus in Shanghai (despite the construction limitations noted above). I also had a fascinating and insightful conversation with Kok-Meng Tan from Singapore and Satoko Saeki from Japan who run KUU, a small architectural practice in Shanghai working a little outside the mainstream, but who were doing some lovely projects which really challenged the core of architectural conventions.

Finally, I found it humbling to be talking about and on behalf of an institution that is nearly 250 years old, to institutions and organisations in China which, in many cases have only been in existence for five to ten years, but in that time have achieved so much. It is a country worth watching, even if we choose to do so from afar.