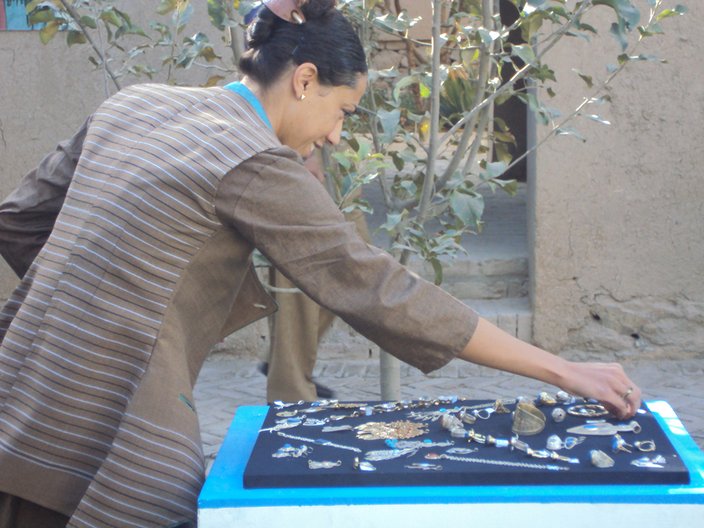 Melanie preparing one of the jewellery displays prior to opening on the first day of Turquoise Mountain’s Autumn Exhibition and Sale of Afghan Arts & Crafts. Photo by Melanie Eddy. 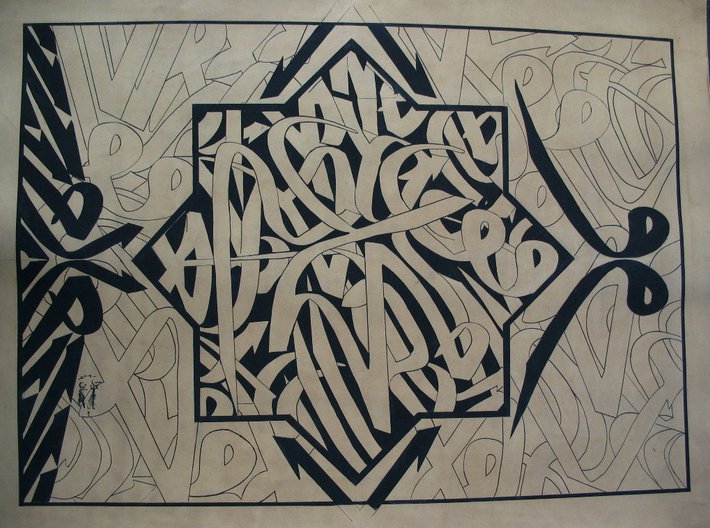 A calligraphy piece, by a student, incorporating an Islamic verse with a background comprised of letters of the Persian alphabet. The paper is made by hand by the students at the Institute. Photo by Melanie Eddy. 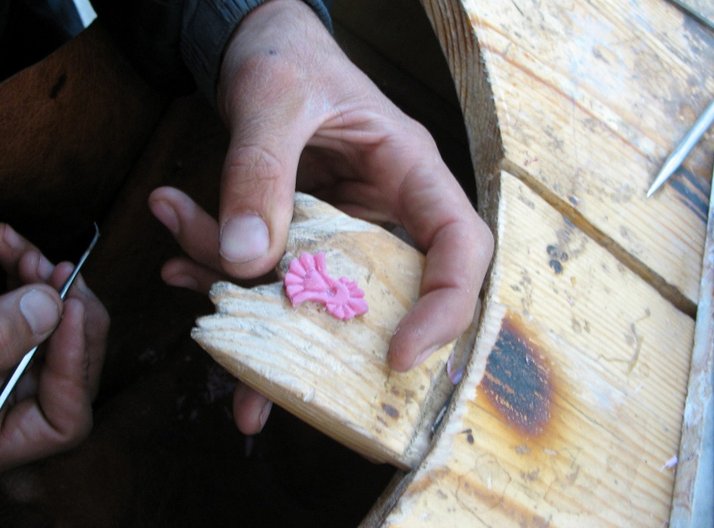 Aziz working on a wax carving of a pendant design at a workshop to introduce the students to how to prepare wax for carving (you can’t just buy pre-cut wax blocks in Afghanistan!) and to various carving techniques. Photo by Melanie Eddy. 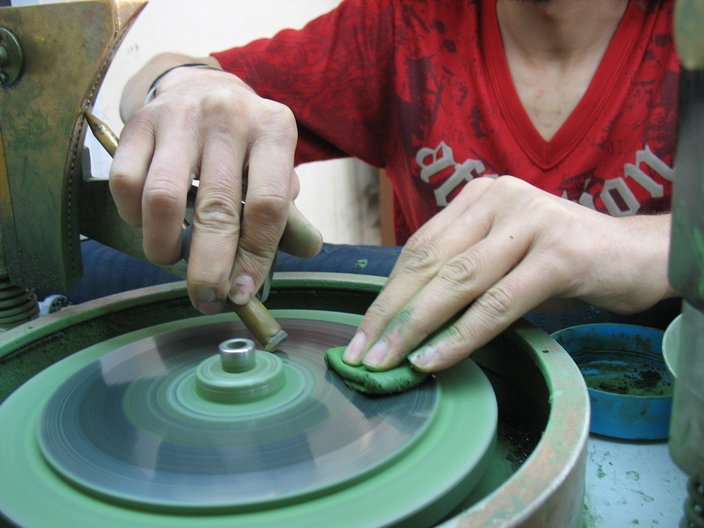 I tried not to have too many preconceptions before coming to Afghanistan, but this was difficult considering the news tends to focus on the poverty there, the instability of the country, or how many British soldiers have been casualities of insurgent actions.

However, when I spoke to anyone who had actually spent time in Afghanistan, they prepared me for the very different picture which emerged when I arrived.

There is a vibrancy there that I have not experienced anywhere else, and Afghans break so readily into smiles that it is contagious. I have experienced an earthquake and have heard explosions in the distance, but I have also attended the opening of a Cultural Centre, visited Kabul’s old city, travelled to a trade fair with students preparing to showcase their work, been involved in the set up and running of an Arts & Crafts exhibition, hiked in the hills and valleys surrounding Istalif and, most importantly, spent time with the jewellery and gem-cutting students at the Turquoise Mountain Institute.

I have truly been blown away by the level of craftsmanship that I witnessed in my time in Kabul. It was great to experience different approaches to craft practices and students and staff took a keen interest in my approach to working and my perspective of the design process. Research processes as a craftsperson and for professional craft practice were explored and I was heartened by how the students engaged with a rather weighty subject. The students expressed how much they enjoyed the design workshops and I felt that it really gave them the opportunity to let their creativity flourish.

I am so grateful to the British Council and Turquoise Mountain for my time here at the Institute for Afghan Arts & Architecture. Not only has it been a fascinating insight into the rejuvenation of a strong historical Arts & Crafts tradition here in Afghanistan but it enabled me to meet some individuals who are truly committed to their craft. I was inspired by the care with which knowledge is meticulously being transferred to the next generation of craftspersons.