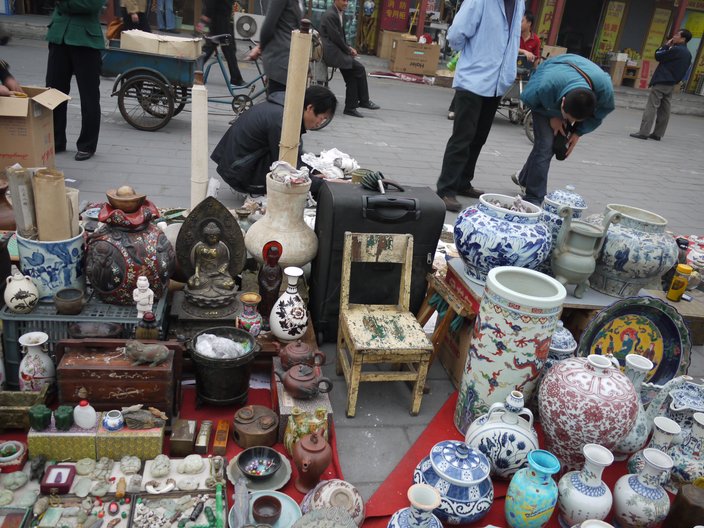 Clare Cumberlidge reports from a ten-day study tour for design curators to China from 10-20 October 2010 to Beijing, Shanghai, Hangzhou and Shenzhen. The trip was part of the China-UK: Connections through Culture programme.

Our visit encompassed Beijing, Shanghai, Hangzhou, Shenzen. We visited creative industry quarters, independent and state galleries, art colleges and practitioners and gained a real understanding of the infrastructure, networks and protocols of design practice and cultural representation within China.

I was interested to know how the scale and speed of development within China impacts on the practice of architecture and design. I was particularly interested to understand how Chinese traditions and histories are being referenced and taken forward into future practice.

Two stand-out experiences for me were with architects – one with KUU Architects in Shanghai, one with Amateur Architecture Studio in Hangzhou.

In Shanghai, KUU Architects, gave an insight into urban Chinese traditions of collective living, the architectural forms which supported this pattern and contemporary projects proposed to rethink and retain this particular aspect of collectivity within Chinese culture.

In Hangzhou we were priviledged to visit Amateur Architecture Studio’s campus for the China Art Academy.  This thoughtful and deeply considered project references and reuses materials and traditional craft  construction techniques to beautiful and uplifting effect.  Meeting Wang Shu and Lu Wenyu, the practice principals, introduced a level of thinking and practice which felt both distinctively Chinese but also world leading.